Robert A. Muenchen is maintaining a report here on the popularity of R, a programming environment for statistics.

He's got a bunch of measures, but these really caught my eye. A site called Rexter Analytics did a survey in 2010 asking respondents which pieces of software they used in 2009. These were the results: 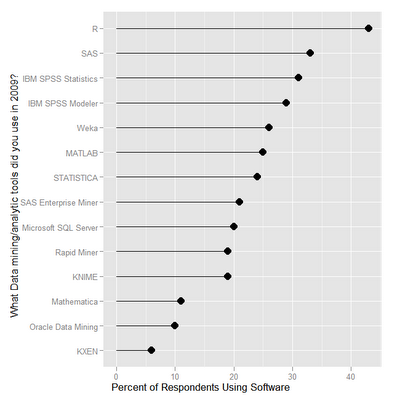 So, R is at the top of the list. KDnuggets did a similar poll, and returned very similar results. 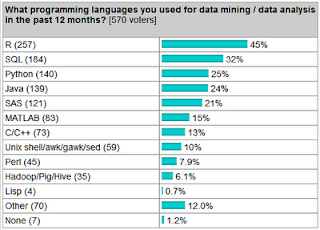 The take away message so far is that a lot of people who do data analysis use R. The plurality even. That is the zeitgeist.

Now we come the the results that worry me. Muenchen also did an analysis of Google Scholar citations of software packages, and produced this graph. 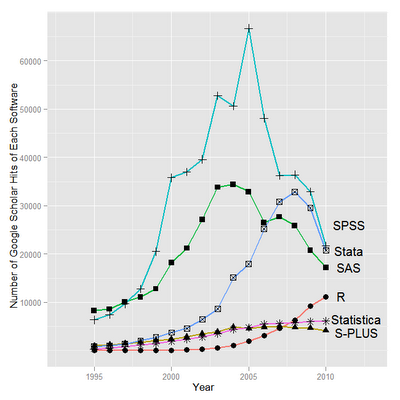 Clearly R has a pretty sharply rising slope, but it still comes in fourth after a bunch of software that, frankly, only academics can use because they get institutional licenses.

I'm not worried because I think academics should be using R (even though I do). It has more to do with the fact that people in academia like to think of themselves as the forward thinkers, and the innovators of new ideas. But in this regard they are clearly following behind the trend that everyone else is setting. Maybe it's fitting that the SPSS curve looks not unlike what I'd imagine an ivory tower to be.
Posted by JoFrhwld at 10:26 AM 4 comments: